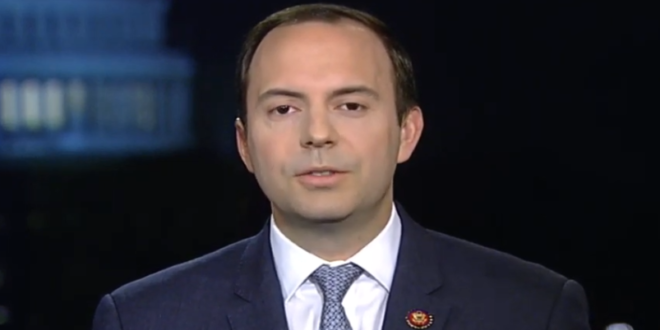 GOP Rep: I Pressed The Wrong Button And Didn’t Mean To Be The Only Republican Vote For An “Anti-Police Act”

When the House passed the police reform bill named for the late George Floyd, only one Republican had voted for it — by accident. The bill’s stated purpose is “To hold law enforcement accountable for misconduct in court, improve transparency through data collection, and reform police training and policies.” But less than an hour after that vote, Gooden submitted a form — apparently recovered from a printer tray in 1997 — amending his vote to “nay,” and slammed the bill in a tweet.

Gooden left the floor Wednesday night seemingly unaware he had voted yes. Three Republican lawmakers — Reps. Louie Gohmert (Texas), Kelly Armstrong (N.D.) and Randy Weber (Texas) — tried to change Gooden’s vote for him. This is a big, big no-no. According to a source who was on the floor, each of the three members tried to give a red “No” card to the House clerks in order to change Gooden’s vote. These old-style “teller cards” are a backup to the electronic voting system.

The floor clerks refused to accept the red cards from any of the three members. Proxy voting is allowed on the House floor, a member has to submit a letter authorizing that colleague to vote for them. The letter is then entered into the record and the vote read out loud. But Gooden wasn’t voting by proxy. He cast his vote electronically and then left the floor. So what Gohmert, Armstrong and Weber did could potentially be a violation of House rules.

I have arguably the most conservative/America First voting record in Congress!

Of course I wouldn’t support the radical left’s, Anti-Police Act.

I have changed the official record to reflect my opposition! pic.twitter.com/s7uCdlxvgO

UPDATE: Rep. Lance Gooden, the lone Republican to vote for H.R. 1280 says, he “accidentally pressed the wrong voting button and realized it too late. I have changed the official record to reflect my opposition to the partisan George Floyd Policing Act.”

Previous LGBT Activist To Challenge Rep. Madison Cawthorn
Next Pompeo: I Might Run In 2024 If Trump Doesn’t [VIDEO]