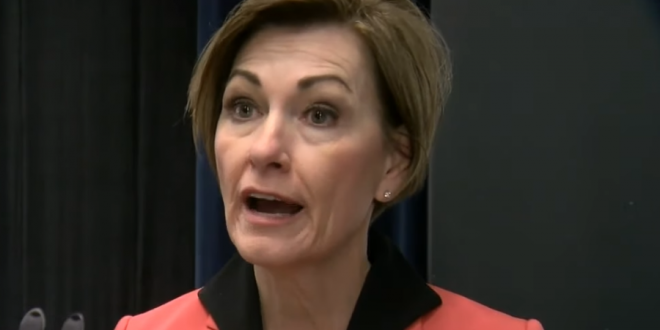 Four months after Iowans voted in record numbers, Gov. Kim Reynolds has signed legislation cutting the state’s early voting period and closing the polls an hour earlier on Election Day. The Iowa Legislature approved the measure and sent it to Reynolds’ desk late last month. Every Republican present for debate in the House and Senate voted for the legislation. Every Democrat voted against it.

Iowa is among a national wave of Republican-led states whose leaders have expressed concerns about the integrity of the 2020 elections, taking the lead from former President Donald Trump, who falsely claimed the election was stolen from him. States such as Florida and Georgia have undertaken high-profile efforts to limit absentee voting after the practice surged in 2020.

Iowa Republicans passed a bill that would both shorten the state’s early voting period and shave an hour off of Election Day voting. GOP Gov. Kim Reynolds just signed it into law, @sgrubermiller reports https://t.co/YcJeFA74gt