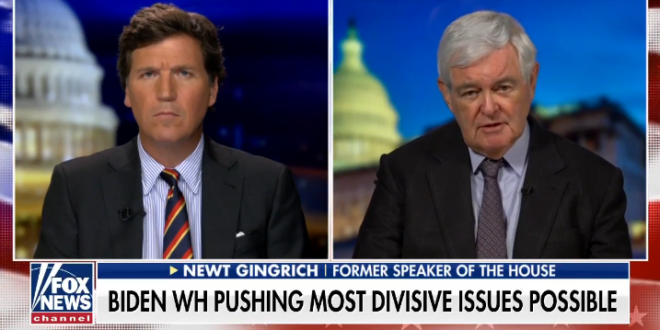 “They don’t want to protect your America. They want to create an alternative America. It’s an America of racial deep inequality and an anti-white, and by the way, anti-Asian basis.

“So, when you and I talk about why would they do this for Americans, because they really want a radically different country and they realize — they just proved with Dr. Seuss — they really despise America.” – Newt Gingrich, last night on Tucker Carlson’s show.

Previous Pompeo: I Might Run In 2024 If Trump Doesn’t [VIDEO]
Next QAnon Shaman Claims Cops “Waved” Rioters Inside