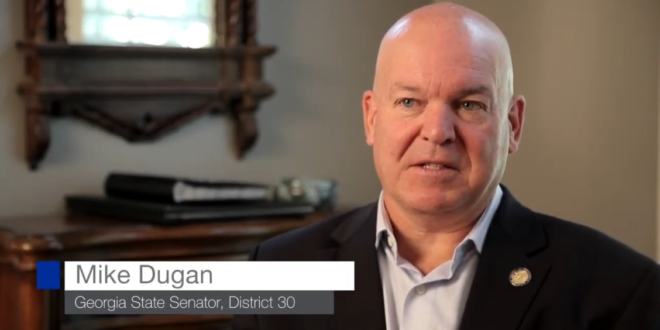 In a hearing late Thursday, legislators said their package of election law changes would drop some of the most controversial elements. State Rep. Barry Fleming (R), who heads the Special Committee on Election Integrity, said the new version of the bill would allow up to four weekend days of early voting, more than what is currently required.

Read the full article. Coca-Cola and Home Depot are both based in Atlanta. Rep. Fleming, by the way, is a regular on Tony Perkins’ show.

But important signs here that some big restrictions, namely curtailing Sunday voting & eliminating no-excuse absentee voting for all but oldest voters, may be defeated: https://t.co/C7y9wLUTCF