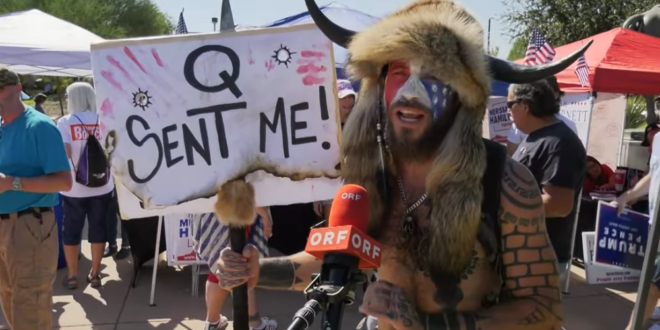 Jacob Chansley, who became known as the so-called “QAnon Shaman” after being seen at the Capitol in a horned and coyote-fur headdress and face paint, was denied pre-trial release on Monday after a federal judge berated his lawyer for squandering an opportunity to communicate with his client before trial on a “media publicity stunt” interview with 60 Minutes+, which wound up harming their defense.

“Such media appearances are undoubtedly conducive to defense counsel’s fame. But they are not at all conducive to an argument that the only way defense counsel could privately communicate with his client is if defendant were temporarily released,” Senior Judge Royce Lamberth, a Ronald Reagan appointee, wrote in a scathing 32-page opinion. Both of Chansley’s post-insurrection interviews with the press worked against him, including his remarks to NBC News on Jan. 7.

Judge Lamberth’s scathing opinion is inside.

Previous RNC To Trump On Name Usage: You Can’t Stop Us
Next WY Gov. Mark Gordon Lifts All COVID Restrictions