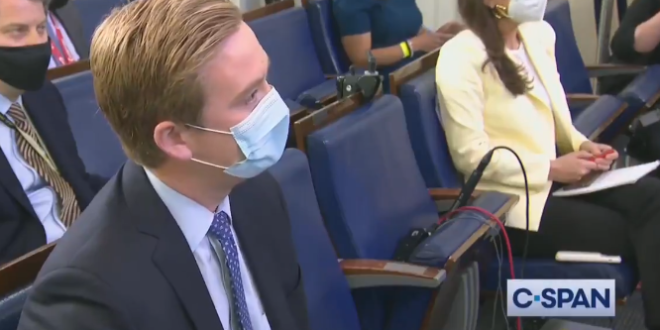 Fox News reporter Peter Doocy confronted White House press secretary Jen Psaki on Friday after the network did not get to ask a question of President Biden at his first press conference.

At Friday’s press briefing, Doocy noted that Biden had a list of journalists to call on and that Fox News was the only member of the five network press pool to not get to ask a question of the president. “I’m curious if that is official administration policy,” Doocy said.