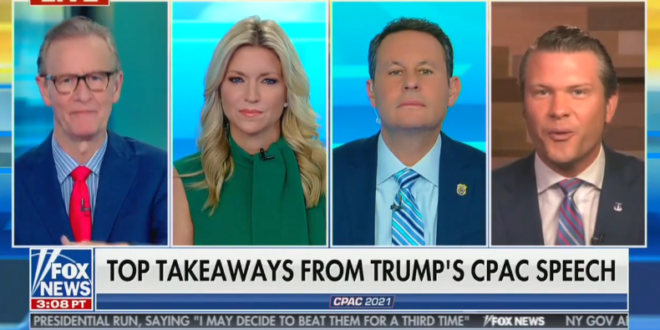 PETE HEGSETH (FOX & FRIENDS WEEKEND CO-HOST): Yeah. He went on to say, I think right after that, “we may just have to beat them for the third time” —

DOOCY: Because he won last time — they just took it away from him.

HEGSETH: There you go, exactly. Everyone in the crowd got it right away.

Fox & Friends laughs about how Trump actually won the 2020 election, “they just took it away from him,” because the demented conspiracy theory that led to five deaths is just one big lol now pic.twitter.com/Y4MX7IeDJY