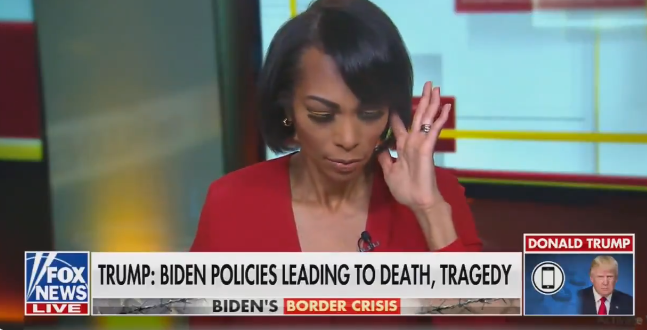 Trump was pleased: “I’m not surprised. Good. That’s a big victory for our country.” Seconds later, after listening to her producers in her earpiece, Faulkner issued an update: “Forgive me, that has not happened. And I apologize.”

“Oh, okay,” Trump said, chuckling. “Cross off that victory.” “Let me clean up on aisle one with my error, he has not resigned,” Faulkner reiterated.

Trump pushes the big lie live on Fox News, gets no pushback from Harris Faulkner pic.twitter.com/WOLjsy8WXG

Trump concludes his Fox News interview with Harris Faulkner with a rant about Dr. Seuss, because of course pic.twitter.com/7E1CxZaTWq