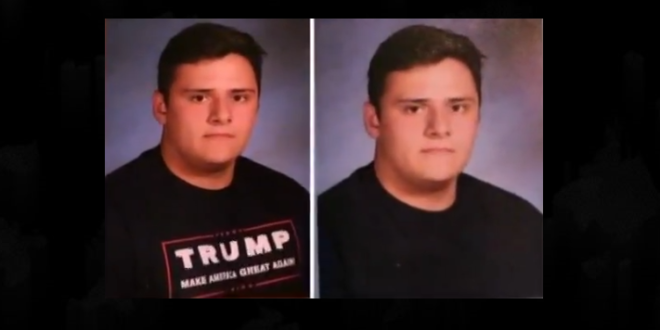 A former New Jersey teacher who alleged her bosses conspired to blame her for editing a Donald Trump T-shirt out of the school yearbook will receive a $325,000 settlement from the district.

Susan Parsons, who has since retired from the Wall Township School District, sued the school system in 2019 saying she was scapegoated and received death threats over the controversy that made national headlines in the summer of 2017.

Parsons, then the school yearbook adviser, insisted a secretary who was a proxy for the principal ordered her to edit the Trump “Make America Great Again” shirt.

Read the full article. The teacher says she voted for Trump in 2016. The school’s insurance carrier will pay the settlement.