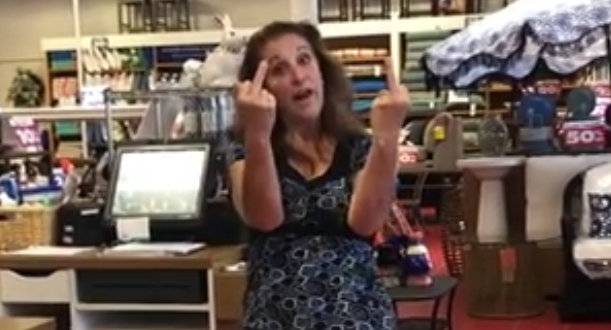 A Nassau County woman who faced a criminal charge after she was accused of deliberately coughing on and then threatening another shopper inside a Jacksonville store last year pleaded guilty Monday.

Debra Jo Hunter was booked into the Duval County jail last year and charged with misdemeanor assault, according to jail records.

The charges stem from a June 25 incident at Pier 1 at the St. Johns Town Center. Witnesses identified Hunter as a woman seen in a viral video berating store staff and coughing on another woman who filmed the incident.

Citing thousands of text messages, emails, social media postings and “even hand-delivered letters,” the woman now widely known as “the Pier 1 cougher” asked a judge to consider the backlash she has endured since the June incident.

Debra Hunter said her children “continue to suffer indignities caused by my mistake […] embarrassed, chastised and mocked by both their peers as well as adults. Each of my three children have lost nearly every friend they had.”

She faces up to 60 days in jail, and County Judge James Ruth appears inclined to sentence her to at least some jail time, having rejected prior settlement deals for probation only.

Sentencing is next month.

Previous Lawsuit Alleges Restaurant Fired Employee For Being Pagan: “Your Hours Are Being Cut Until You Find God”
Next DeSantis Lowers Vax Eligibility To 18 Starting April 5th