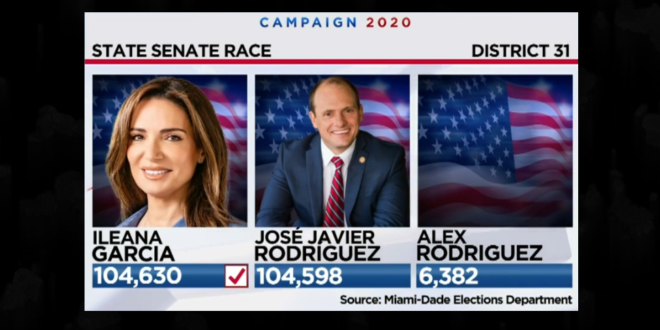 Florida Democrats on Friday called for Republican Sen. Ileana Garcia’s resignation and for a special election to be held in Miami-Dade Senate District 37, a day after state prosecutors accused a Miami GOP operative of planting a no-party candidate to sway the outcome of the race in November.

But Democrats are calling into question the integrity of the election after a 25-page arrest affidavit laid bare an alleged scheme by former Republican state Sen. Frank Artiles that involved him paying an auto-parts dealer more than $40,000 to run and influence the race.

Read the full article. Garcia, who is the founder of Latinas For Trump, is not presently alleged to have been aware of the scheme.

It is unlikely Senate Republicans and Gov. DeSantis will go along with the requests from the state’s Democrats.https://t.co/AQTekK4MXC