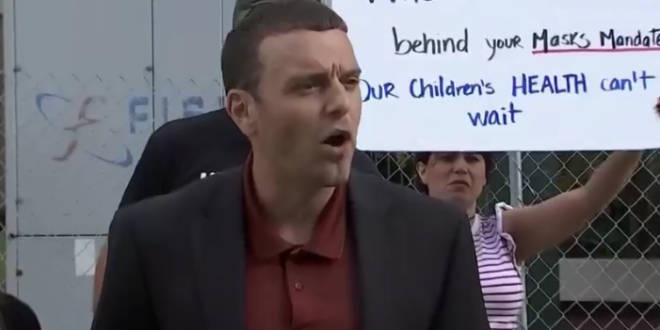 A South Florida gym owner is facing jail time for violating a county ordinance over the summer that required gyms and businesses to mandate masks in their premises.

Mike Carnevale, the owner of Fitness 1440 in Plantation, was arrested three times over the summer and appeared before a judge Thursday. He is facing several charges of failing to comply with an emergency order.

“I believe I’m being targeted because I stood up to Broward County,” Carnevale said. Carnevale’s second court date is set for May. He has filed a lawsuit against Broward County, but did not provide an update on the status of the lawsuit.

Amid show of support, Plantation gym owner says he will continue to fight Broward’s mask mandatehttps://t.co/CXmmck8NoS