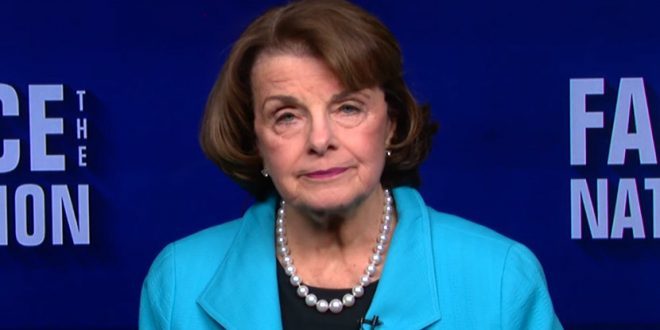 “I don’t want to turn away from Senate traditions, but I also don’t believe one party should be able to prevent votes on important bills by abusing the filibuster.” Feinstein, who has served in the Senate for nearly three decades and previously backed the filibuster, had told POLITICO earlier in the week that she hadn’t made a call on filibuster reform.

Republicans are weaponzing bipartisanship at the expense of bipartisan American values. Good on @SenFeinstein for calling that out and looking at #filibuster reform through the lens of helping people survive gun violence, fight hate crimes, and vote. https://t.co/TQUvtTWa6B

Previous Georgia Church To Expel Shooter Because Murders Show He Isn’t A “Regenerate Believer In Jesus Christ”
Next In Leaked Call, Cruz Lies To State Lawmakers, Says Dems Are Working To Give “Illegal Aliens” Right To Vote