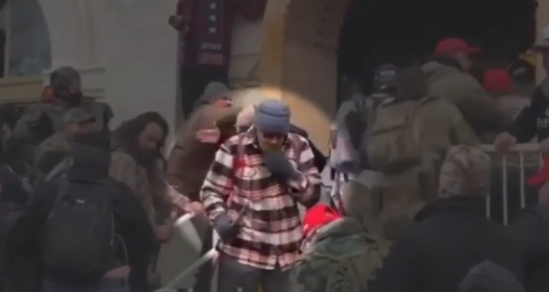 The FBI on Thursday released new footage of the Jan. 6 attack on the Capitol, asking the public for help identifying rioters who assaulted police officers during the insurrection.

The videos show assailants attacking officers with fists, clubs, unknown chemical sprays and even a device that resembles a baton stun gun or cattle prod.

In one clip, a man can be seen in a crowd fighting with law enforcement while wielding an apparent electroshock device. He repeatedly jabs the baton-like device at officers as it emits a loud buzz and bright flashes.

Previous LIVE VIDEO: Senate Votes On HHS Sec Confirmation
Next Rep. Chip Roy Calls For Lynchings: “Find All The Rope In Texas And Get A Tall Oak Tree, We Ought To Do That”