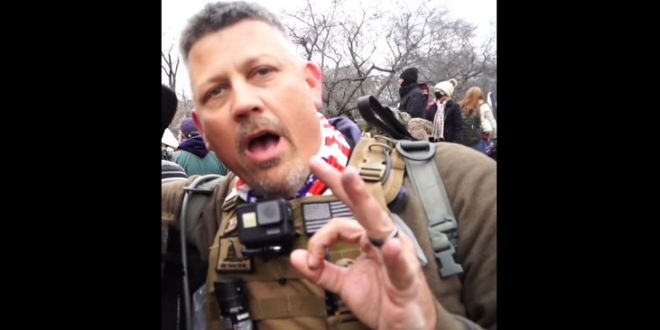 FBI Nabs Proud Boy Thanks To His Chatty Girlfriend

Christopher Worrell‘s live-in girlfriend told acquaintances that Worrell was in the Proud Boys and that she traveled with him to the U.S. Capitol on Jan. 6, one acquaintance told the FBI. Worrell is now facing a litany of federal charges for allegedly carrying a “dangerous weapon” on restricted grounds just outside the U.S. Capitol.

Subsequent images show Worrell deploying what is assumed to be the can of pepper spray at a “line of law enforcement officers present.”

A Proud Boy’s Live-In Girlfriend Told Friends That He Raided the U.S. Capitol. What They Saw Next Got Him Arrested.https://t.co/aX0pfegykk

NEW: #ProudBoys member Christopher Worrell was just arrested for participating in the #Capitol siege… and unloading his pepper spray at the police.

He got ‘agitated’ when the @FBI first contacted him..

The Justice Department has charged a Proud Boys member who allegedly used pepper spray against police officers during the US Capitol riot, court records show https://t.co/1qc4M3aOj4