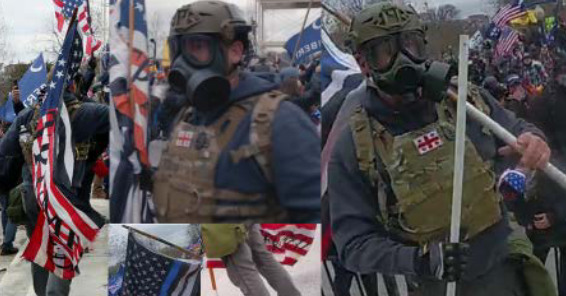 A former member of the U.S. Army Special Forces and military contractor was arrested on Wednesday and charged with felony assault on a police officer using a deadly or dangerous weapon during the Jan. 6 attack on the U.S. Capitol.

In a criminal complaint unsealed Thursday in U.S. District Court in Washington, D.C., federal authorities accused Virginia resident Jeffrey McKellop of using a metal flagpole to beat four officers with the Metropolitan Police Department (MPD Officers 1-4), including one police captain who suffered a laceration near his left eye.

2/ Jeffrey McKellop caught our attention because his gear looked legit. @MalcolmNance reviewed the pics and confirmed the gear was real. This was no LARPer.