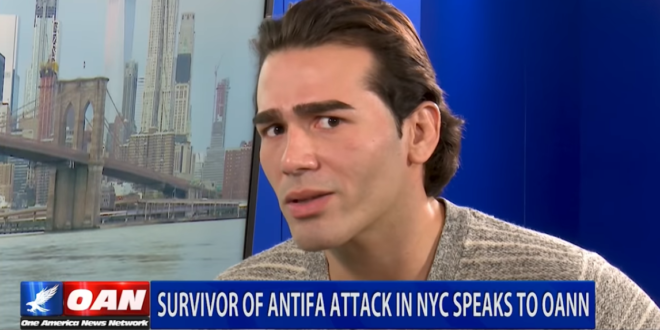 Agents with the FBI were involved in a raid at a home in Fort Lauderdale Tuesday morning that left a suspect in custody. A large law enforcement presence was seen at the home in the area of Southwest 6th Street and 14th Avenue.

FBI officials said they arrested 32-year-old Paul N. Miller for being a convicted felon in possession of a firearm.

Neighbors told NBC 6 they were woken up around 6 a.m. by flash bangs, and footage from one neighbor showed a man being taken into custody. The neighbors also said they saw agents removing guns from the house.

Miller, who goes by the name “Gypsy Crusader” online, has amassed more than 40,000 followers on Telegram, a messaging app and social media network popular with far-right extremists.

Many of Miller’s videos feature him dressing up as characters like the Joker or Nintendo’s Mario, then hurling racial abuse at strangers, including children, through the randomized chat app Omegle. Miller can be seen holding a gun in some of his videos.

Miller’s Tuesday arrest sent shockwaves through internet extremist circles. Miller had recently sold patches promoting his channel to his supporters, with his arrest raising fears among other extremists that the FBI could access his customer files and find out their own names and addresses.

In 2018, far-right OAN gave Miller a fawning interview after he claimed to be a victim in a New York City brawl that resulted in several Proud Boys being sentenced to prison.

the racist omegle joker guy got arrested by the FBI lmao pic.twitter.com/DW833zueL9

Here’s the story on neo-Nazi Telegram star and terrible human being Paul Miller, aka Gypsy Crusader.

White supremacists are panicking after the FBI arrested a notorious racist livestreamer on Tuesday in an early morning raid. https://t.co/huXutHe9IV