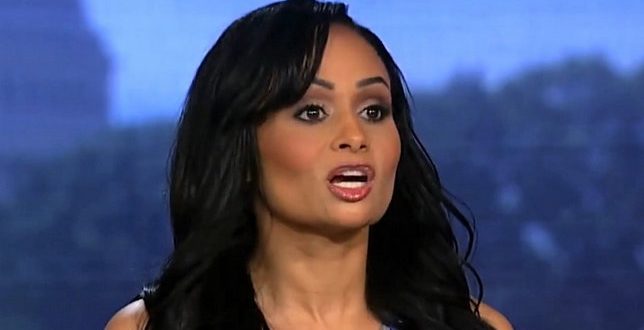 Ex-Trump Spox Katrina Pierson To Run For US House

A former top strategist for Donald Trump’s presidential campaigns is taking steps to run for a U.S. House seat left vacant by the late Rep. Ron Wright (R-Texas), who succumbed to the coronavirus earlier this year.

Katrina Pierson, a Tea Party activist who served as a spokesperson for Trump’s 2016 campaign and as top adviser on his failed re-election bid, is planning to file in the coming days to run for Wright’s seat, based southeast of Fort Worth and stretching into rural Ellis and Navarro counties, according to five sources with knowledge of her planning.

A source close to Pierson said she is building a campaign team ahead of a likely announcement, though a final decision about whether to enter the race was coming in the next day or two.

Read the full article. Pierson, you may recall, once described slavery as “good history” for the United States during a wild appearance on Fox News. A convicted shoplifter, Pierson has a long history of insane claims and outright lies, including that Obama got us into the Afghanistan war.