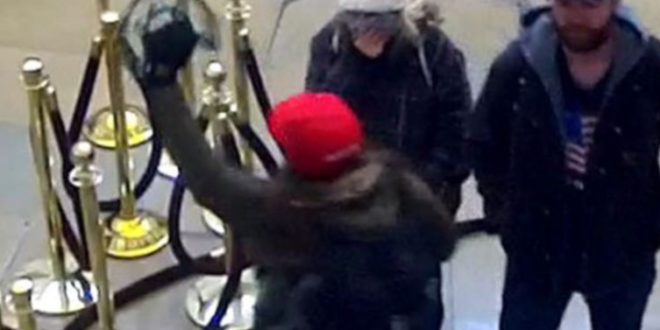 A former NYPD officer was arrested for taking part in the Capitol riots — shaking a tambourine in the halls of government as other Trump supporters ran amok, the feds said Tuesday. Sara Carpenter, 51, a Richmond Hill, Queens, resident, retired from the force in 2004.

She worked as a spokeswoman for the NYPD in the 1990s, dealing with media inquiries.

Carpenter was ratted out to the FBI by an anonymous tipster who informed the feds that Carpenter had called a relative and admitted to being at the riots on Jan. 6 — adding that she had been teargassed and that she returned to New York City that evening.

A 1990s-era NYPD spokeswoman has been arrested for breaching the Capitol while waving a tambourine, the Daily News reports.https://t.co/ZPYjVMDZJs

NEW: Sara Carpenter, a retired NYPD officer, surrendered to the FBI this morning. The bureau interviewed her on Jan. 18 and executed a search warrant on March 2.

“Carpenter also voluntarily provided the tambourine she confirmed that she carried inside the Capitol.” pic.twitter.com/fHarJBrxbX