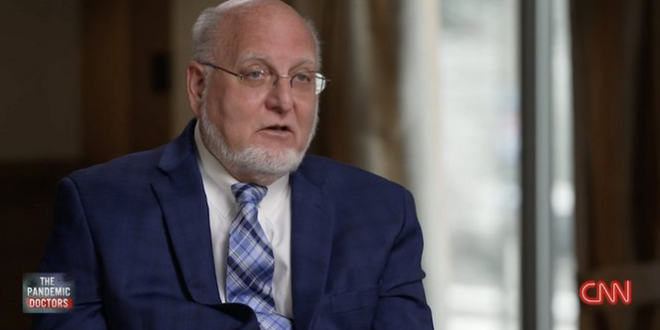 Former CDC chief Robert Redfield told CNN’s Sanjay Gupta what he was “most offended by was the calls” from Azar’s office “that wanted me to pressure and change the MMWR [Morbidity and Mortality Weekly Report on COVID-19]. He may deny that, but it’s true.”

Former FDA commissioner Stephen Hahn told CNN Azar blocking the FDA’s ability to regulate lab-developed tests “was a line in the sand for me” and he implied that the then-secretary shouted at him over it.

Ex-CDC director Robert Redfield publicly said tonight that HHS leaders, including Azar, tried to get him to change his agency’s reports.

“He may deny that, but it’s true,” Redfield told CNN.

Azar and his top deputies did deny it, saying they viewed the reports as “sacrosanct.” https://t.co/ep0xHyISFL

Previous WHO Report: Animals Likely Source Of Coronavirus
Next Wingnuts Predictably Freak Out Over “Satan” Rapper