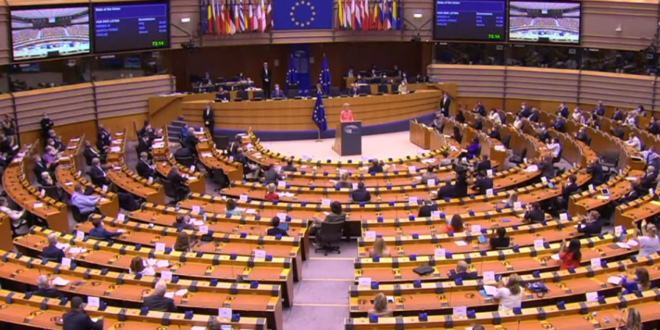 The European Parliament has overwhelming adopted a resolution declaring the entire 27-member European Union a “freedom zone” for LGBT people, an effort to push back on rising homophobia in Poland and elsewhere.

The parliament announced late Thursday that there were 492 ballots in favor of the resolution and 141 against in a vote that came after a debate in a session of parliament in Brussels on Wednesday.

The resolution came largely in reaction to developments over the past two years in Poland, where many local communities have adopted largely symbolic resolutions declaring themselves free of what conservative authorities have been calling “LGBT ideology.”

The entire 27-member European Union has been declared a “freedom zone” for LGBT people in an effort to push back on rising homophobia in Poland, elsewhere https://t.co/NXPhKzooCA