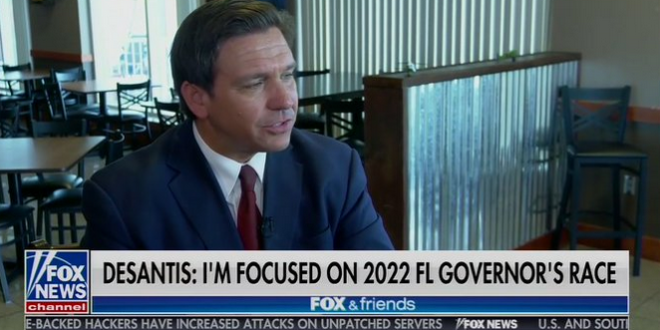 Florida’s Governor started out his week on familiar turf: a friendly interview with Fox and Friends on the Fox News Channel. Gov. Ron DeSantis revisited an increasingly familiar topic:  a post-pandemic political future that could include a run for President of the United States.

The Governor did not rule out a presidential bid in 2024, in what was a heavily edited interview with the Fox News mainstay, though semantics offered a hint to DeSantis’ long-range thoughts.

When asked if he, like former Secretary of State Mike Pompeo, was willing to declare an interest in a White House run, DeSantis told Kilmeade that he “wouldn’t say that” because it was “so premature to even have the discussion.”

Pressed on whether he’s at all considering a 2024 run, @GovRonDeSantis says: “I wouldn’t say that, because it’s just so premature to even have the discussion.” pic.twitter.com/ssJOND0MHA