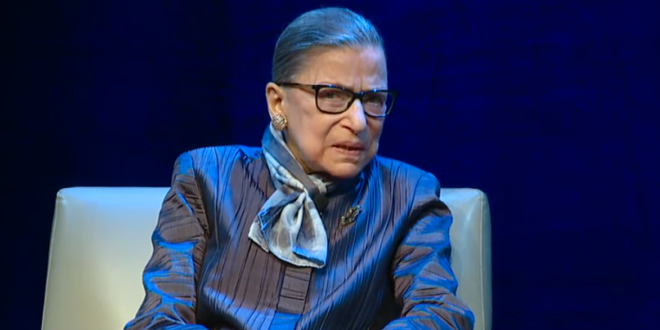 Democratic lawmakers have offered legislation to build a monument on Capitol Hill to honor Supreme Court Justice Ruth Bader Ginsburg, who became a liberal icon during her years on the high court and died in September. The House bill was sponsored by Rep. Lois Frankel (Fla.) along with Reps. ackie Speier (Calif.), Brenda Lawrence (Mich.), Veronica Escobar (Texas) and Raja Krishnamoorthi (Ill.). A similar bill was introduced in the Senate on Tuesday by Sen. Amy Klobuchar (D-Minn.) along with 15 other Democratic senators.

Justice Ginsburg was a pioneer and trailblazer.

This #WomensHistoryMonth, I’m proud to partner with @HouseDemWomen, @CongressmanRaja, and @SenAmyKlobuchar to honor the life and legacy of the Great Dissenter in the U.S. Capitol. https://t.co/clNNtJnK82

#RBG was a trailblazer & inspiration who spent her career fighting for gender equality & standing up for women’s rights.

A monument to her in our Capitol will allow future visitors to recognize & reflect upon her remarkable contributions. #WHM https://t.co/ZgPc1tpo0u