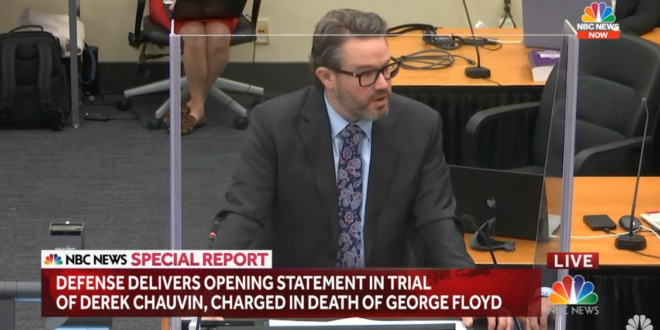 “As the crowd grew in size, seemingly so too did their anger. Remember, there is more to the scene than just what the officers see in front of them. There are people behind them and across the street.

“There are cars stopping, people yelling. There are — there is a growing crowd and what officers perceived to be a threat. They are called names. They’re screaming at them.

“Causing the officers to divert their attention from the care of Mr. Floyd to the threat that was growing in front of them.” – Eric Nelson, attorney for Derek Chauvin, in today’s opening arguments.

Previous Mike Lindell: SCOTUS Will Make The 2020 Election “Go Bye Bye” And Trump Will Be Back In Office By August
Next LIVE VIDEO: Biden Gives Update On COVID Response