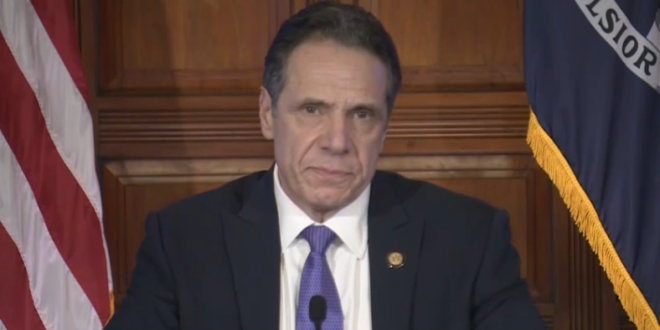 “I now understand that I acted in a way that made people feel uncomfortable. It was unintentional and I truly and deeply apologize for it,” he told reporters. “I feel awful about it and, frankly, I am embarrassed by it.”

Cuomo said he intended to remain in office. He had avoided public appearances for days as some fellow Democrats call for him to resign.

Before Wednesday’s press conference, the governor last spoke to reporters during a teleconference call on Feb. 22. His last media briefing on video was Feb. 19.

He hadn’t spoken publicly since giving New York Attorney General Letitia James a referral to investigate claims that he sexually harassed at least two women in his administration.

Asked whether he should step aside, New York Gov. Cuomo says, “I’m going to cooperate with the attorney general’s investigation and do the budget.” https://t.co/kX8pUx7x6c pic.twitter.com/Wq425YqVqe

Cuomo speaking out for the first time, saying he encourages women to come forward, and apologized for what he did, saying he felt “awful” and “embarrassed.” pic.twitter.com/9b6SnP6crQ