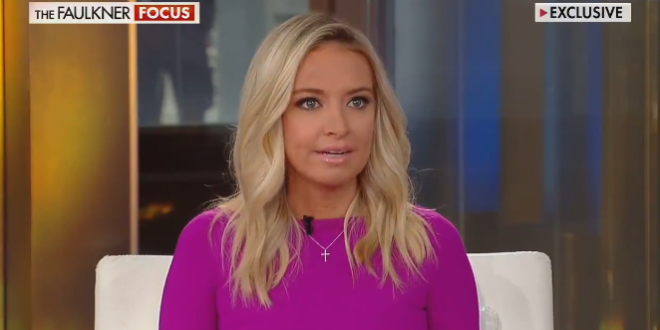 Former White House press secretary Kayleigh McEnany will officially join Fox News, the network announced Tuesday. The news, which was announced by Fox News host Harris Faulkner, comes after weeks during which the network had equivocated about McEnany’s role at the network. It was not immediately clear what her role will be at the company. “It is my distinct pleasure to welcome Kayleigh McEnany to the Fox family,” Faulkner said. “We will be seeing much more of her.”

Hiring a known liar and propagandist is super on par for Fox News pic.twitter.com/itnCwHCvsy