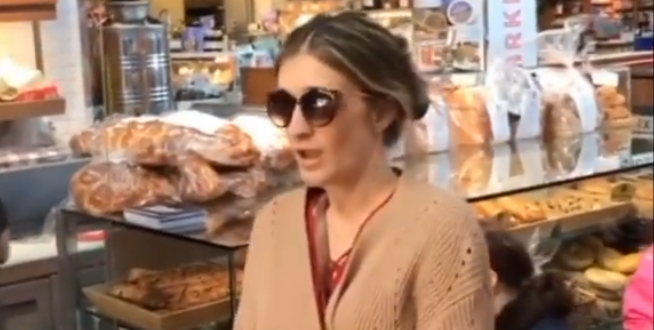 “Why, cause he’s a b—h-ass n—–?” she responded, and then repeated the slur. The woman, who spoke to The News on Tuesday, identified herself as Stephanie Denaro of Queens.

When asked if she was concerned about the video going viral, she said, “It’s actually great, because they’re forcing people in New York City to wear masks. It’s political theater. I don’t believe in COVID-19. It’s a hoax to convince people to use absentee ballots to steal the election from Donald Trump.”

A white woman was caught on video using the N-word after a Black Manhattan bakery worker asked her to leave for not wearing a mask.

In an interview with The News, she said she didn’t believe in COVID-19. https://t.co/Kxw50C2Mqt