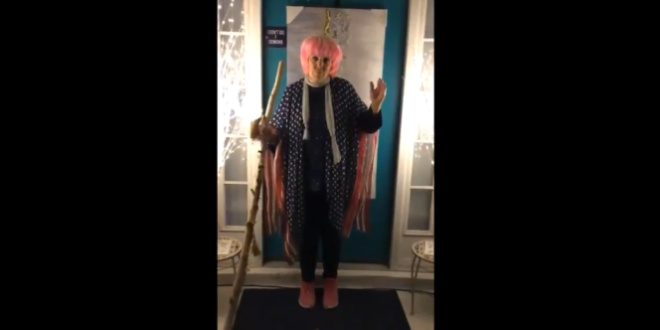 “Right now I declare (TAP TAP TAP) and I call forth our president to take his rightful place. Trump, to come forth RIGHT now, step into your destiny that God gave you, called you, appointed you, and anointed you for this time. To declare over America. To help America.

“So come (TAP) forth, step (TAP) in to your (TAP) destiny now, sayeth the Lord.” – Self-proclaimed prophet Kat Kerr.

Striking her staff upon the ground, “prophetess” Kat Kerr calls forth Trump to step into his destiny and take his rightful place as president. pic.twitter.com/cPO5YxNfky