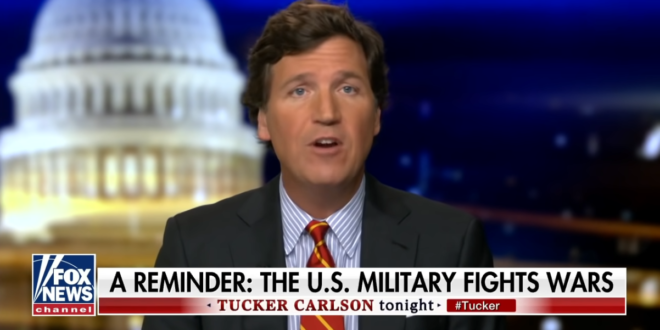 “We were almost rattled. Then we realized if the woke generals treat us like they’ve treated the Taliban, we’ll be fine.

“Twenty years later, the Taliban are still here. Maybe we ought to promise the Pentagon that we’ll get rid of traditional gender roles on this show.

“Change the pronouns, defeat the patriarchy, and all that.” – Tucker Carlson, responding last night after top military brass across all branches furiously pushed back against his attacks on female soldiers.

Carlson had to wait a day to respond because his show was preempted Thursday night by Biden’s address.