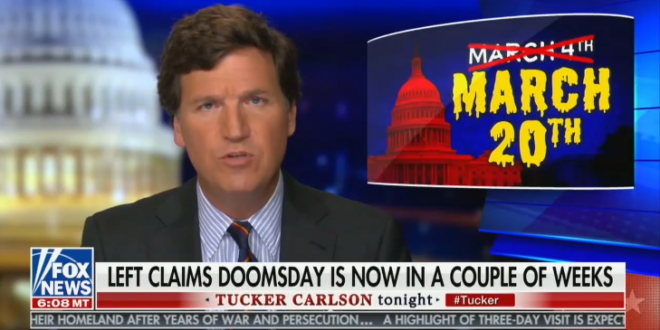 “Have you ever noticed how all like the scary internet conspiracy theorist radical QAnon people and you actually see them on camera or in jail cells — as a lot of them now are — maybe they’re kind of confused, maybe they’ve got the wrong ideas, but they’re all kind of gentle people.

“And they’re all kind of waving American flags, they like the country. They’re not torching Wendy’s, they’re not looting retail stores, they’re not shooting cops, no, that’s not them.” – Tucker Carlson, last night.

Funny how a group of gentle people managed to get themselves declared domestic terrorists by Trump’s FBI, isn’t it?