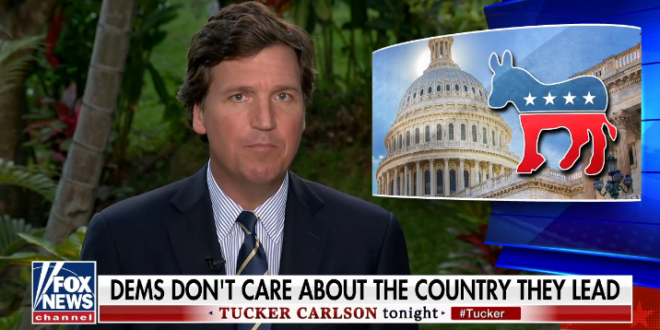 Carlson: Immigration Is Meant To “Punish The US”

“It’s a pretty remarkable claim if you think about it, given that the last president was literally elected president because everyone else in Washington thought it was somehow racist to have international borders. And yet they’re saying it. Because they have no shame and they’re convinced you’re stupid.” – Tucker Carlson.