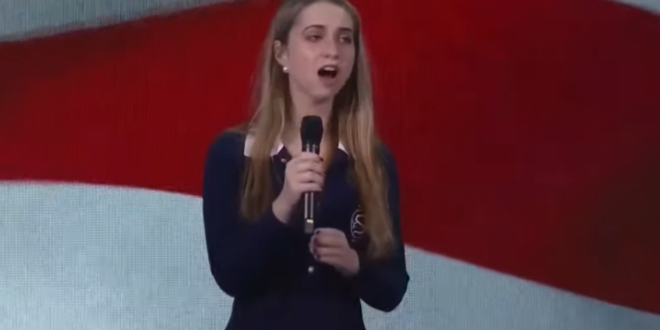 This year’s CPAC decided to really round everything off with one of the most astonishingly incompetent performances of the national anthem to date.

A video from the event shows this exceptional version of “The Star-Spangled Banner” being belted out by a singer who’s decided that she’s been held back by traditional musicality for too long. Her voice swings into different keys with wild abandon, seeming to switch with every new verse into unexpected new ranges.

Standing beneath a rippling flag, CPAC logo, and this year’s motto— “America Uncanceled” — the singer leans into horribly flat notes, sometimes wiggling with uncontrolled vibrato, as if daring the crowd to turn on her.

At first, you’ll think “this isn’t THAT bad.” Then…

Previous Instagram Aims At Zoom With “Live Rooms” Feature
Next CDC Director: “Now Is Not The Time” To Lift Restrictions