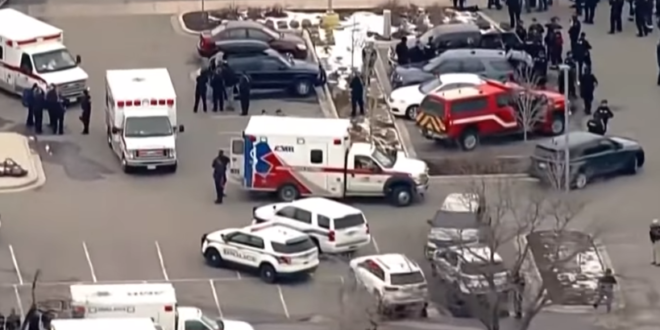 Ali Aliwi Alissa, the suspect’s 34-year-old brother, told The Daily Beast that authorities searched his house all night after the shooting.

Alissa said his brother was “very anti-social” and paranoid, adding that, in high school, he would describe “being chased, someone is behind him, someone is looking for him.”

“When he was having lunch with my sister in a restaurant, he said, ‘People are in the parking lot, they are looking for me.’ She went out, and there was no one. We didn’t know what was going on in his head,” Alissa said, admitting that he believes his brother is mentally ill.

Ahmad Alissa said he was not very political in a post in 2016 before the presidential election. But he at times shared anti-Trump posts. In June 2019, he shared a post from PBS NewsHour about myths about immigration and the U.S. economy and added, “Why refugees and immigrants are good for America.”

On May 1, 2019, he shared a YouTube video from an anti-abortion group and wrote, “Abortion is disgusting.”

The second article linked above contains much more about the shooter’s life in high school and afterwards.

The accused Boulder shooter is said to have been violent in the past and suffered paranoid delusions https://t.co/CBm3uGMi5J