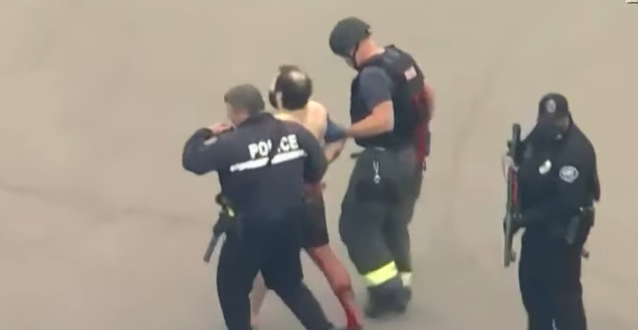 The suspected gunman, identified Tuesday, surrendered to police after being shot in the leg. The 21-year-old from Arvada wore a tactical vest and carried a handgun and a long gun — a Ruger AR-556 — that he had purchased six days earlier, according to his arrest warrant affidavit, which was released Tuesday. He did not answer many questions asked by arresting officers about the shooting in the store and its parking lot, and is expected to face 10 counts of first-degree murder.

The city of Boulder, Colo., barred assault weapons in 2018, as a way to prevent mass shootings like the one that killed 17 at a high school in Parkland., Fla., earlier that year. But 10 days after that ban was blocked in court, the city was rocked by its own tragedy: Ten people, including a Boulder police officer, were killed at a supermarket in the city’s south end on Monday after a gunman opened fire, law enforcement officials said.

In an @NRAILA-supported case, he ruled that the city of Boulder’s ban on commonly-owned rifles (AR-15s) and 10+ round mags was preempted by state law and STRUCK THEM DOWN. https://t.co/wmdhGG16pc

Note: Authorities haven’t yet specified *where* he purchased the gun. https://t.co/iqJW4VsVkR

Previous GA Sec Of State Has Field Day: The Kraken Has Cracked
Next Pfizer Launches Trial Of Oral Anti-COVID Medication