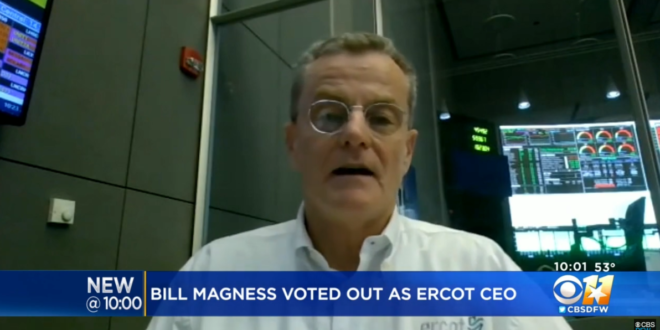 The board overseeing the Electric Reliability Council of Texas, the independent nonprofit entity that operates and manages the electricity grid that covers much of Texas, fired ERCOT CEO Bill Magness Wednesday night.

The move by the board to vote in favor of a “60-day termination notice” came after they convened in a private executive session for more than three hours. The board barely discussed its decision once returning to the public session.

The decision is the latest of several recently announced departures from the ERCOT board, which also included Magness. Seven board members resigned after public criticism that many board members did not reside in Texas.