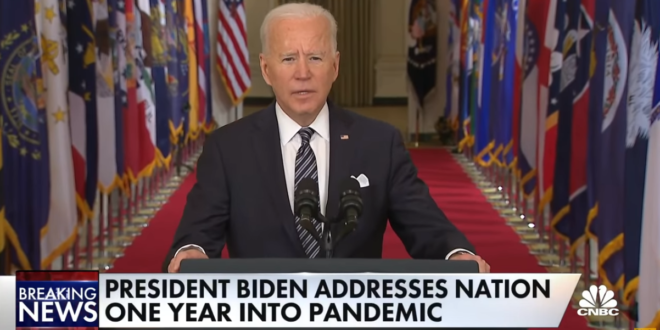 Poised as the opening salvo in a coast-to-coast political pitch to further sell the already-popular initiative to the public, Biden’s 8 PM ET remarks were covered live on all four broadcast networks and Univision as well as all of the cabler newsers and online.

On ABC, NBC, CBS and Fox, the Presidential Address to the Nation snared an audience of 18.2 million in fast affiliates. When you add in Univision numbers, that viewership rises to almost 20 million.

Or put this way — and this will sting a certain resident of Mar-a-Lago — that’s better than Donald Trump’s first primetime presidential address did on August 21, 2017. That speech on the ongoing war in Afghanistan drew under 18 million on the Big 4.