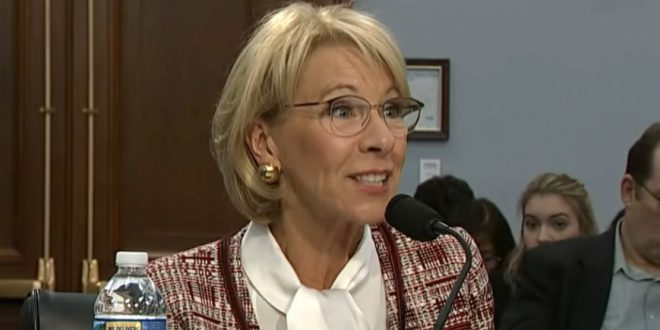 President Biden is directing the Education Department to review a controversial regulation governing how colleges and universities handle allegations of sexual assault, with an eye toward unraveling a new system put into place by former education secretary Betsy DeVos.

The DeVos regulation released last May spells out due process rights for those accused of harassment or assault, and the former secretary saw it as one of her most significant achievements.

But it came under sharp attack from Democrats, women’s groups and others, and as a candidate Biden signaled he would replace it.