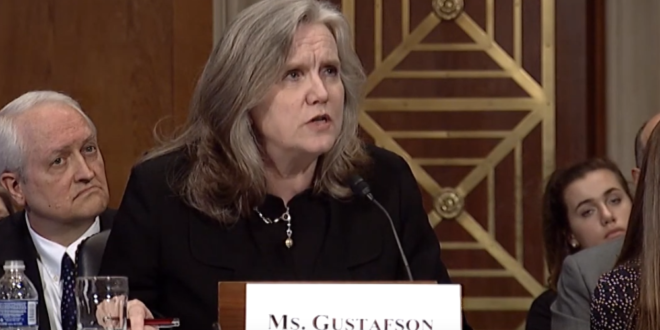 President Joe Biden was to fire Sharon Gustafson, the Trump-appointed general counsel of the EEOC, at 5 p.m. Friday, according to a source with direct knowledge of the situation. The Biden administration demanded in a March 2 email that Gustafson, the U.S. Equal Employment Opportunity Commission’s top litigator, resign, said two different sources who spoke on condition of anonymity because they weren’t authorized to discuss the matter.

Gustafson refused, citing her term, which runs through 2023, according to a letter she sent Friday to the Biden administration. Gustafson, who was confirmed as the EEOC’s general counsel in August 2019, prioritized combating religious discrimination in the workplace. Her legal stances prompted at least one EEOC attorney to previously voice concern that the agency’s approach in a religious bias lawsuit against Kroger Co. could impinge on the rights of LGBT workers.

The Trump administration sought to narrow civil rights protections for LGBTQ people by urging courts to overturn the EEOC interpretation, issued during the Obama administration, that discrimination against people because of their sexual orientation and gender identity ran afoul of the 1964 Civil Rights Act.

My report on her stupid Kroger lawsuit is here. And of course, Tony Perkins was a big fan of hers.

White House fires Trump EEOC official after she refuses to step down https://t.co/GJp0Zswof5