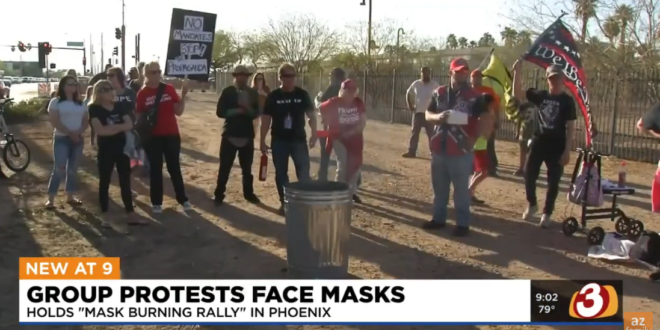 Setting masks on fire to take a stand. A group of about 50 people held a “mask-burning rally” in Phoenix Friday in hopes of getting the attention of state and city leaders. Their message was simple: in their minds, wearing masks is unconstitutional. They wanted to bring the heat. Literally.

“We are the people, and we’re done putting a muzzle on our face,” said Lena Larsen, who led the group.

“We’re looking and calling upon all Arizonans to join us in our fight to regain our constitutional freedoms,” said Larsen. The group specifically held their rally in front of the Maricopa County Public Health Department, wanting officials to know they were there.