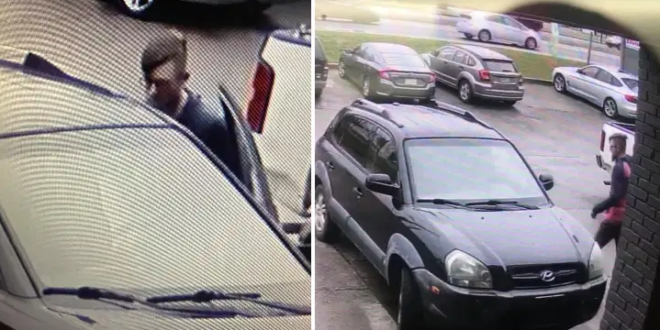 At Least 7 Dead In Shootings At Atlanta-Area Spas

A manhunt is underway for a man who appeared in surveillance footage outside one of two spas where shootings occurred in the Atlanta area in Cherokee County, Georgia. At least four people have died in two separate shootings. Police have not said whether the two shootings are related. Police told Channel 2 Action News that all four victims were female and appeared to be Asian. Piedmont Road was shut down in both directions near Cheshire Bridge Road due to heavy police activity.

Atlanta Police said three people were killed at the Gold Spa. The fourth person was killed across the street at the Aromatherapy Spa. Right now, officers are searching the area for possible suspects. The shooting comes just about an hour after Cherokee County deputies responded to a shooting at a separate massage parlor off Hwy 92 that left three dead and several others hurt. Police have not said if the two are connected.

PHOTOS: Police are searching for a suspect in a shooting at a spa in Cherokee County, Georgia, that left 3 people dead and 2 injured and are investigating a possible connection to another Atlanta massage parlor shooting https://t.co/qdhczoUqKH

BREAKING Police confirm 4 women were killed in 2 spa shootings in Atlanta. This is in addition to the Shooting in Cherokee County. Authorities have not confirmed if these are related @FOX5Atlanta https://t.co/hdt76cuVVE

APD chief confirms 4 females, all believed to be Asian, were shot and killed at two spas on Piedmont NE this evening. Gold Spa (3 victims) and Aromatherapy (1 victim). No suspect info at this time. Police were called locations on robbery call. However motive is unclear. @cbs46 pic.twitter.com/qqIF83OCR3

BREAKING NEWS: Police are searching for this man driving this black SUV after 2 people were killed and 3 others were shot at a massage parlor in Cherokee County. LATEST >>https://t.co/36djqKNlHz

LIVE coverage of this developing story NOW on Channel 2. pic.twitter.com/RSlqXdSFsW

Four people were fatally shot at two spas in northeast Atlanta, and three people were killed at a Cherokee County spa. https://t.co/NHmZ0M0mHS

Previous QAnon Rep: I Was Ambushed By Guam National Guard
Next CHATTER AWAY: Overnight Open Thread