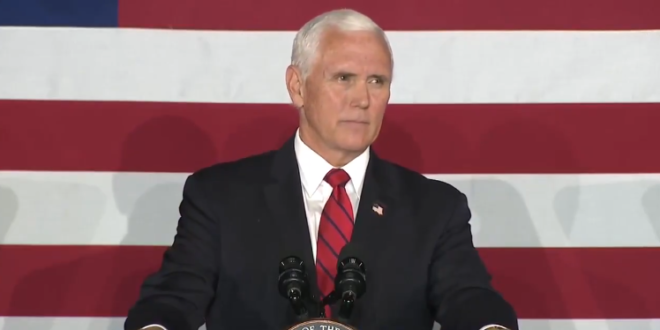 The former vice president is steadily reentering public life as he eyes a potential run for the White House in 2024. He’s joining conservative organizations, writing op-eds, delivering speeches and launching an advocacy group that will focus on promoting the Trump administration’s accomplishments.

For someone who built a reputation as one of Trump’s most steadfast supporters, Pence is now viewed with suspicion among many Republicans for observing his constitutional duty in January to facilitate a peaceful transfer of power to the Biden administration, a decision that still has Trump fuming.

Read the full article. As the AP notes, Trump pointedly omitted Pence from a list of potential 2024 candidates when asked recently. While no prominent Republicans have formally declared their candidacy, Mike Pompeo has made recent appearances in early primary states, all while coyly denying his intentions.

His first public statement after leaving office was an oped touting falsehoods about the 2020 election. Credibility, shredded. https://t.co/QaRYihpepA