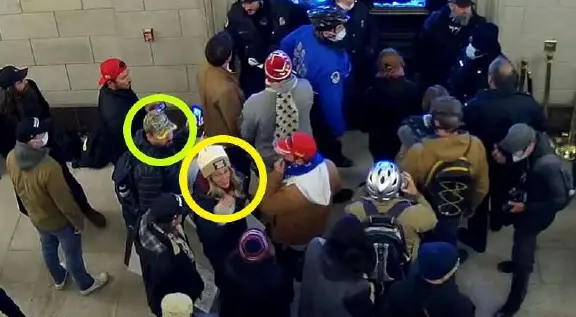 A Virginia anti-vaxxer and her realtor husband have been hit with charges for taking part in the Jan. 6 sacking of the U.S. Capitol by a pro-Trump mob.

Jessica and Joshua Bustle were identified by tipsters who contacted the FBI with details of Facebook postings implicating themselves, according to a criminal complaint filed in D.C. federal court.

In one post before the event, Jessica wrote, “We don’t win this thing sitting on the sidelines. Excited to stand for truth with my fellow patriots and freedom fighters in DC today. Lessss do this.”