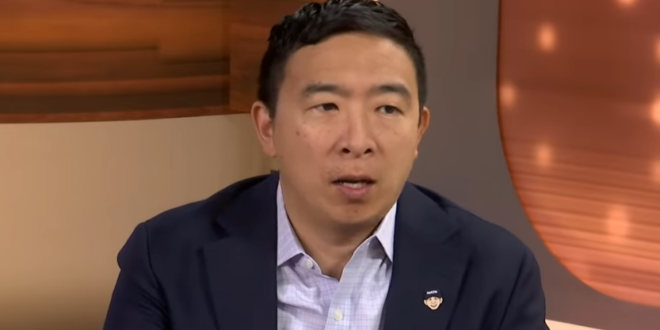 With just over 100 days to go before New York City’s mayoral primary, Andrew Yang continues to enjoy a significant lead over the competition. He had support from 32% of likely Democratic voters in a poll released Monday by Emerson College, PIX 11 and NewsNation.

Yang was trailed by Brooklyn Borough President Eric Adams, who came in with 19%, and Maya Wiley, a former top legal adviser to Mayor de Blasio, who had 9%. Out of the pool of 1,128 likely voters, 17% were either undecided or supported a candidate who wasn’t listed.

City Comptroller Scott Stringer, who’s been eyeing Gracie Mansion for years, got support from just 6% of likely voters, the poll found. Nine other candidates, including ones with significant government experience, got 5% or less.

With just over 100 days to go before NYC’s mayoral primary, Andrew Yang continues to enjoy a significant lead over the competition.https://t.co/jBt5oSppBd

Previous Trump Goes To War: Donate Only To Me, Not The GOP
Next Task Force: DC Needs Permanent National Guard Force