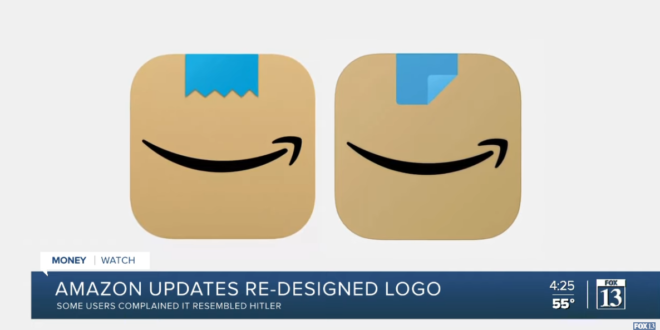 Amazon has quickly changed its main shopping-app logo, after commentators said the recent redesign made it look like Adolf Hitler. Launched in January, the icon depicts a strip of blue tape over an Amazon “smile” logo.

But some observers said it resembled a toothbrush mustache, associated with the Nazi dictator.

The technology giant has now changed the design to a folded blue tape, following customer feedback. Amazon told BBC News the first icon had been trialed in a few countries before the change had been made.

Read the full article. I’m not seeing it.

lmao I completely missed that amazon quietly tweaked its new icon to make it look… less like hitler pic.twitter.com/Jh8UC8Yg3u

Previous Pentagon To Issue Scathing Report On Former WH Doc
Next McEnany: Jesus Told Me To Defend Trump After Riot