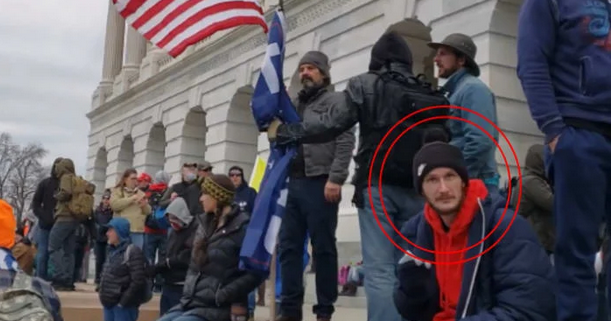 Alleged Rioter Nabbed Thanks To His Boastful FB Posts

Ethan C. Seitz, 31, of Bucyrus, was arrested Friday by FBI agents on federal charges stemming from the riot at the U.S. Capitol on Jan. 6.

The Cleveland Division of the FBI said in a news release on Friday that two people to whom Seitz was “well known” reported that Seitz had posted photos, videos and statements on Facebook saying he had pushed his way into the Capitol building during the attack.

On Jan. 5, according to a screenshot, he posted pictures of himself in Washington, D.C. alongside the QAnon slogan “Where we go one, we go all” and used the hashtag #StoptheSteal in private messages.

In his Facebook messages, Seitz posted such statements as “I’m goin in the capitol” and “I just climbed through a broken window,” according to the FBI. https://t.co/RS3sTE0lBV

Photo released by U S Attorney’s office of Bucyrus man during the violent uprising at the US Capitol—Ethan Seitz arrested today on federal charges pic.twitter.com/zOS23EyOAV