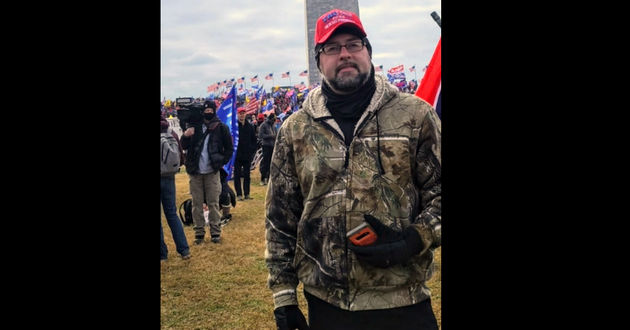 Alleged Rioter Arrested After Brother Rats Him Out

A South Carolina man faces federal charges after admitting to federal agents that he traveled to Washington, D.C., with his wife on Jan. 6th, attended then-president Donald Trump’s rally, and entered the U.S. Capitol rotunda. Text messages the man shared with relatives indicate he bragged that he had dressed “like ANTIFA.”

According court papers on file in the District of Columbia, federal agents caught up with William Robert Norwood III, 37, after his relatives failed to share in his exploits and ratted him out.

Ten days after the deadly events at the Capitol, a relative referred to only as “J.D.” told the FBI that another relative, “T.D.,” had a brother (Norwood) who “claimed to have assaulted federal officers.” on Jan. 6th.

According to the screenshots, Norwood wrote to the group: “I got a nice helmet and body armor off a cop for God’s sake and I disarmed him. Tell me how that works.” He claimed that once he changed out of antifa garb, he was targeted by officers.

“I fought 4 cops, they did nothing. When I put my red hat on, they pepper balled me,” Norwood wrote. Someone identified as T.D., who the FBI says is Norwood’s brother, reprimanded him.

“You admitted to going and being something you’re accusing other people of being. And then got mad and blamed others for the same thing you did. What the actual f— is wrong with you?” T.D. texted, according to the documents.

A South Carolina man bragged in a group text chat that he disguised himself as an anti-fascist activist during the Jan. 6 Capitol riots and succeeded in assaulting officers and stealing police gear, according to a criminal complaint. https://t.co/dVR6U43b5T