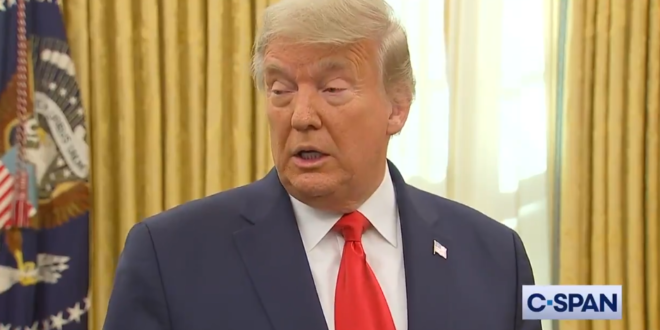 Advisor: Trump And Melania Got Vaccinated In January

Former President Trump and former first lady Melania Trump both received coronavirus vaccines in January, an adviser confirmed to The Hill on Monday. The two got their first dose while in the White House and have since received their second dose, the adviser said.

The Trumps both contracted the coronavirus in late September, with the former president spending three days in the hospital due to more severe symptoms.

Trump has in the past expressed skepticism about vaccines on social media, and experts worried that his past rhetoric and reluctance to get the shot while in office could contribute to broader vaccine hesitancy.

Read the full article. During yesterday’s CPAC speech, Trump took credit for development of the vaccines and said, “Everybody go get your shot.”

JUST IN: Trump and former First Lady were vaccinated for coronavirus in January https://t.co/fGRbkKZnfF pic.twitter.com/aGSOtQklOy