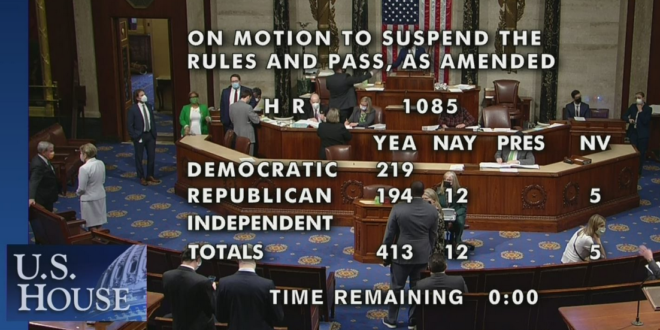 12 GOP Reps Vote “No” On Medals For Capitol Police

The House voted Wednesday to award Capitol police, Metropolitan police and other law enforcement agencies with the Congressional Gold Medal, for protecting lawmakers, staffers, reporters and visitors from insurrectionists on Jan. 6. About 140 police officers were injured during the attack, including 15 who were hospitalized, when rioters broke into the building, vandalized offices and interrupted the counting of Electoral College votes. Three officers who were there later died.

Rep. Matt Gaetz (R-Fla.), criticized Democrats for combining the medal with what he deemed “editorial comments about the January 6 sequence of events.” Louie Gohmert (R-Texas) is spearheading efforts on an alternative bill that doesn’t include language on armed insurrectionists.

“I was concerned about language preceding the honoring of the Capitol Police because some of it was neither true nor accurate including saying we had an armed insurrection,” Gohmert said. Law enforcement officials arrested several protestors who were armed with weapons or explosives, Reuters first reported.