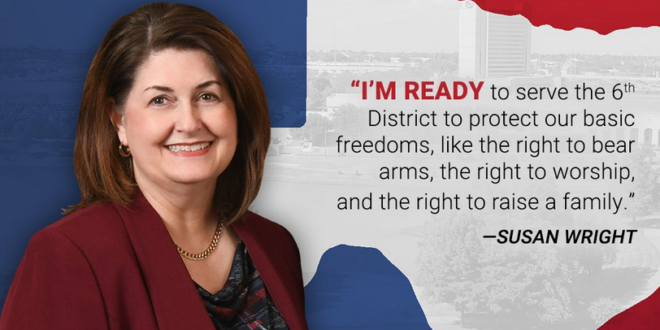 Widow Of GOP Rep Who Died Of COVID Seeks Seat

Susan Wright, the widow of the late Rep. Ron Wright (R), announced Wednesday she will run for her husband’s vacant seat in Texas’s 6th Congressional District. Ron Wright first won his seat in 2018 before winning reelection in 2020. He died on Feb. 7 after battling both the coronavirus and lung cancer.

I’m in! I am excited to announce I am running for Congress to preserve my husband’s commitment to bring conservative Texas values to Washington. After a lifetime of public service, I’m ready to stand up for our values, our economy, & our way of life. #TX6https://t.co/obOaAzZUkN pic.twitter.com/LsxGwaDwst