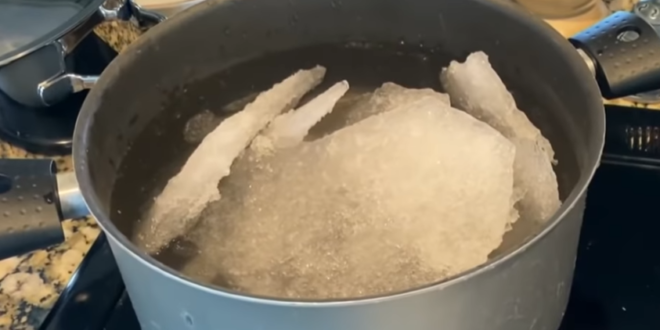 As Texas begins restoring power after a devastating week of freezing temperatures and winter storms, the state is confronting a new crisis: overwhelmed water systems that could extend misery for much of the population. Leaks caused by frozen pipes have pushed the water supply to the brink.

About 13 million Texans, nearly half the state’s population, remained under a boil-water advisory Thursday. More than 700 water supply systems are impacted.

In Austin alone, the state capital’s water supply lost 325 million gallons due to burst pipes, Austin Water Director Greg Meszaros said during a press conference Thursday. “We know that there are tens of thousands of leaks,” Meszaros said. “As the fire department indicated they have responded to thousands upon thousands of burst pipes.”

The problems were especially acute at hospitals. One, in Austin, was forced to move some of its most critically ill patients to another building when its faucets ran nearly dry. Another in Houston had to haul in water on trucks to flush toilets.

But for many of the state’s residents stuck at home, the emergency meant boiling the tap water that trickled through their faucets, scouring stores for bottled water or boiling icicles and dirty snow on their stoves.

For many Texans, the disruptions were a staggering inconvenience that seemed to push them back to the state’s frontier past. People hunted for firewood across suburban yards, shivered in dark homes, lived off canned food, and went without electronics.

Melting snow for drinking water is “an emergency measure, if no other water is available,” according to the CDC.

Here’s how to make sure melted snow is safe to use for drinking, bathing, washing dishes or flushing toilets. https://t.co/ptdmJFqHlM pic.twitter.com/e1pWZSN8Hb

Power began to flicker back on across much of Texas on Thursday, but millions across the state confronted another dire crisis: a shortage of drinkable water as pipes cracked, wells froze and water treatment plants were knocked offline. https://t.co/yxvV7WmHiY